On the weekend, my mom and I were playing a game where she would tell me something to act out… For example, being at a water park, being a chameleon, and being a tennis player.

When I was being a tennis player, I decided to grab an Israeli toy that is a straw that you attach with connectors. Then, I built a bunch of tennis rackets and decided which one was the best. 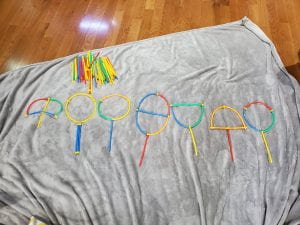 I had fun when I was working on this. My little sister was also working on her own tennis rackets. My Morah thinks that maybe I should have a career in designing sports equipment or engineering.

View all posts by Lianna Krantzberg

Stay up-to-date on all the latest posts